How To Remove Black Mould In your Home 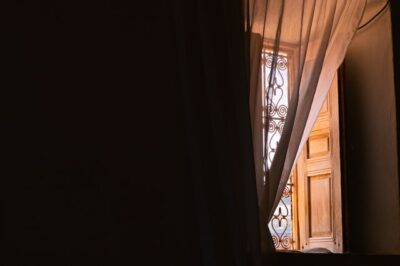 It’s so very frustrating when you move into your new house and start your life there. You want everything to be just right; comfortable, clean and like home. You’ve built your own sanctuary and it’s perfect. Seasons fly by and Autumn than Winter quickly come around and you find black spots around your home.

You’ve got black mould. This doesn’t mean you aren’t keeping up with the maintenance of your home. Black mould happens and it’s not your fault. It can be triggered by moisture and changes in the weather.

There is no single type of mould called “black mould”, it is called this due to it’s colouring. There are hundreds of types of mould, that all get grouped together under the black mould umbrella.

It can be hard to work out what kind of mould is in your home, black mould isn’t just black, it can present itself with different colours and shades. The most common is black and dark green.

Mould ranges in colour depending on what substance provided the food for it to grow. Stachybotrys chartarum is the most common type of mould that causes concern for many homeowners.

Mould itself isn’t incredibly dangerous, however, some people may be more sensitive to mould spores than others, and they may develop respiratory symptoms after inhaling even a small number of spores.

In large quantities, mould spores can cause ill health in almost anyone. Therefore, people should remove any mould growth in the home and take steps to prevent it from growing back.

How do you get rid of black mould fast

As with most things, there is more than one route you can take for getting rid of black mould. Depending on how much the mould has spread and how deep it goes on how you would approach the situation.

If the moisture is caused by a structural issue or damp, no amount of cleaning will stop the mould from reappearing, so you will need to assess this first. These could be caused be cracks, holes and leaks from your walls or pipes. Once this is done, or not necessary to do, you can remove the black mould yourself.

How should I stay safe when removing mould?

When removing black mould you should wear a face mask, eyewear and gloves. These will protect you form mould spores and any chemicals from the cleaning products.

You should also have your windows open whilst removing the mould.

How to remove black mould

One of the most effective ways to remove black mould is by using products designed to do so. We recommend the Cillit Bang Power Cleaner Black Mould Remover. For this you simply:

We recommend this product as it leads to less scrubbing and is a much more aggressive way of removing black mould. There are lots of harsh chemicals in this, so if that is not ideal for your household, there are other routes that aren’t so chemical-heavy.

How to get rid of black mould without chemicals:

Why does black mould grow

Black mould doesn’t mean you have a dirty house. It thrives in warm, frequently moist environments, like bathrooms, kitchens and laundry rooms. It can grow at any time of the year, but during the colder months, you can find it anywhere in your house.

Condensation is caused when moisture held in warmer air meets cold surfaces, such as

windows and walls, and condenses into water droplets. If this happens regularly, mould may

start to grow around the area. Condensation will usually appear on external walls and places

where air tends not to circulate well. This moisture can cause damage to furnishings and

decoration and leaves a musty smell.

Condensation tends to occur in the winter, as when the building is cold and windows are

cooking, bathing, showering, washing clothes and drying washing indoors. Condensation can also be due to the lack of ventilation in the property.

How to prevent black mould and condensation

To cut down on condensation in your home the following steps can be taken to help:

We can’t stress enough, that having black mould is no reflection of you as a homeowner. Do what you can to prevent it and follow the steps above to remove it when it does appear.

If you’re renting, make sure you make your landlord aware if it is a recurring problem.